I am a vampire lying in a coffin with the lid down wearing vampire nighty and stage blood, a gloopy combination of glycerine and cochineal. It is the interval of Dracula 2. I hear the audience return, shuffling and mumbling; no one knows I’m here, all they see is a coffin on the stage. We have resurrected Dracula to be a companion show to tour with The Dream of the Ridiculous Man. This is York at York Arts Centre, a traverse space seating 200. The seats, some of them old pews are close together. York Arts Centre are really game and ring the old church bell 13 times before each performance to herald the arrival of Dracula! 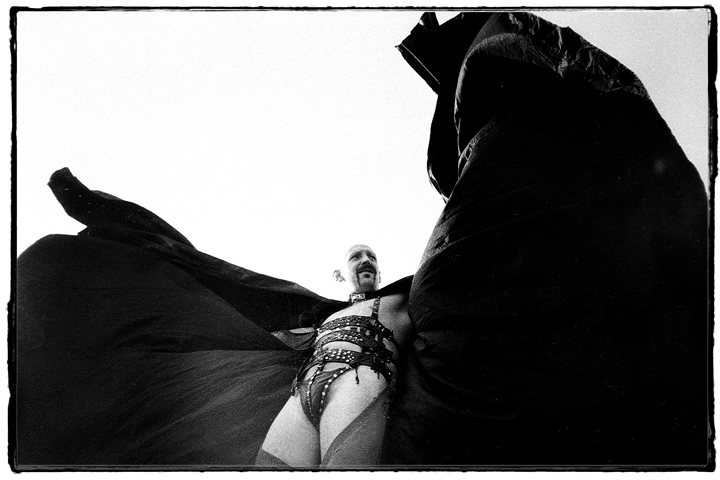 It’s a matinee. We have an audience of school boys, 16-year-olds on a trip to the theatre. I lie in this coffin undetected for about 10 minutes. I am the undead, I have been staked through the heart, a fully formed vampire about to leap out of the coffin screaming for blood. I wait for my cue and when everyone is settled, I leap from my coffin howling.

To my horror and their delight I over step my mark, and in my torn vampire nighty find myself face-to-face jumping in to the laps of a row of schoolboys from a catholic public school. I can see the whites of there wide innocent eyes; they can’t believe their luck and after the show, in the caffe bar, I am surrounded by eager schoolboys who want to know more about Bram Stoker. 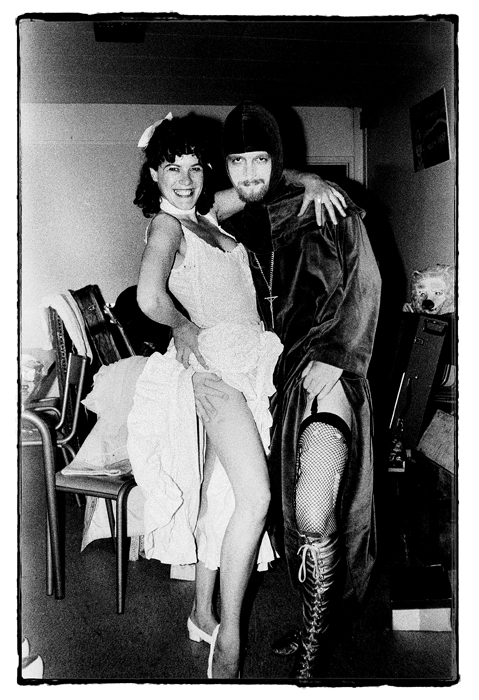 Row back to  Silverthorne Rd, Battersea, rehearsals Summer 1976. Prepping a new tour a new show. We rehearse Mahagony… no good! Billy Bud, no good ! The Hunting of the Snark no good ! nothing works. Rowan leaves, Meirave Gary arrives and steps seamlessly into Rowan’s shoes. Dracula 1 the first show that us, the newly formed Pip Simmons Group did Rotterdam 1974 is resurrected. Welcome Drac 2 a no frills version that can travel with The Dream. A skip full of costumes is brought out of storage. Rod’s studded, petrified cod piece still in one piece. Rod shaves his head and struts his stuff in fishnets. Out come the swooshy cloaks and the vampire see-through nightgowns for the girlies, the straitjacket for Pete, the lunatic Renfield, and anything else that can be brushed down and reused. 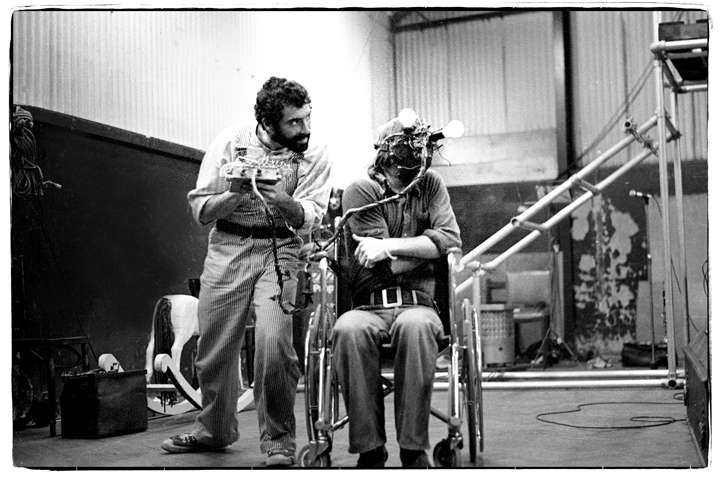 Drac 2 is honed, songs re-learned, new coffin made, The Dream of the Ridiculous Man re-rehearsed, Tai Chi practiced with Meirave The doves get to play both shows, Dave the Cockerel, just the one. Two months rehearsal and we are ready to go. A well-oiled machine of nine actors, one director, one lighting designer, Joan Oliver (admin) one customised Mercedes van and the Volvo. I look after costume (one skip) Meirave (props in another skip) Ollie (doves and cockerel) Chris (all things electrical) Emil (all of his contraptions used in both shows) Rod and Rod load and unload the van,  everyone looks after their own equipment and every able bodied member of the company helps lug skips, boxes, sets and livestock from van to stage, stage to van. The UK tour begins 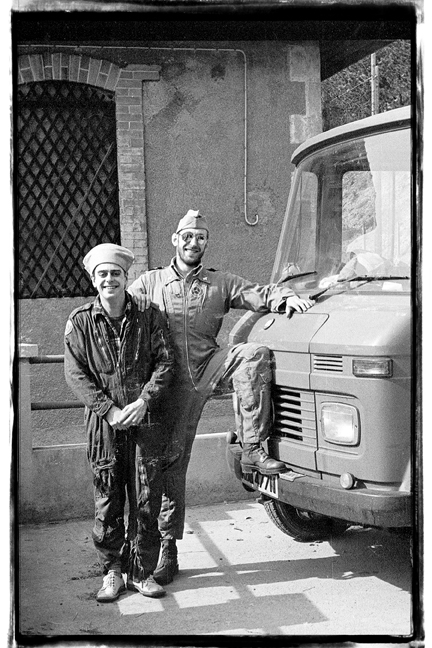 All photos and blog © Sheila Burnett.