An Die Musik goes to the Avignon Festival & looking at this group photo you may well think we were on holiday, but it wasn’t so! We were working, we were there to perform An Die Musik. The festival was impressive, our dressing room was in a tent this was the festivals 25th year. It was (and is) an international meeting place for the performing arts, Theatre, Dance, Music and… us. 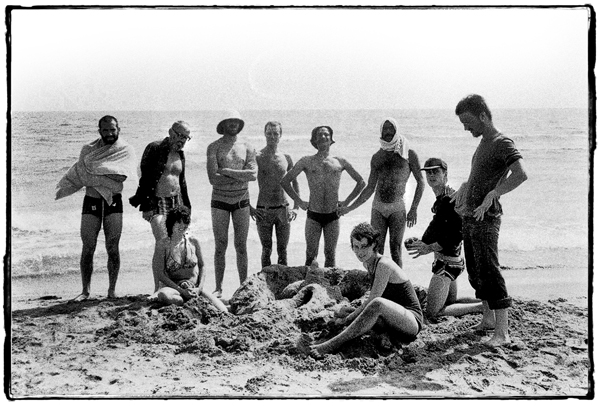 Group shot on the beach 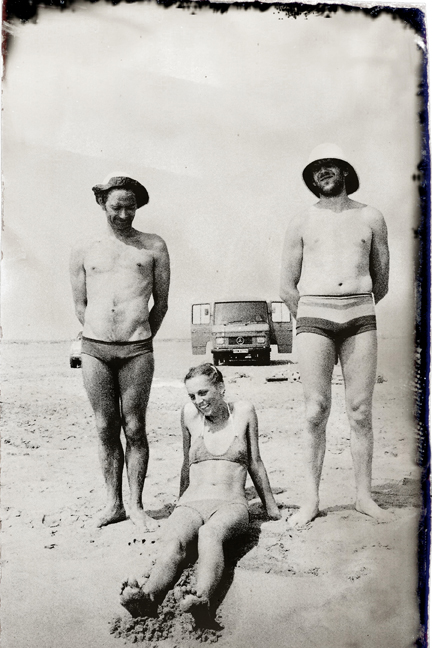 One the beach with Pete, Babette and Rod, with touring van in the background 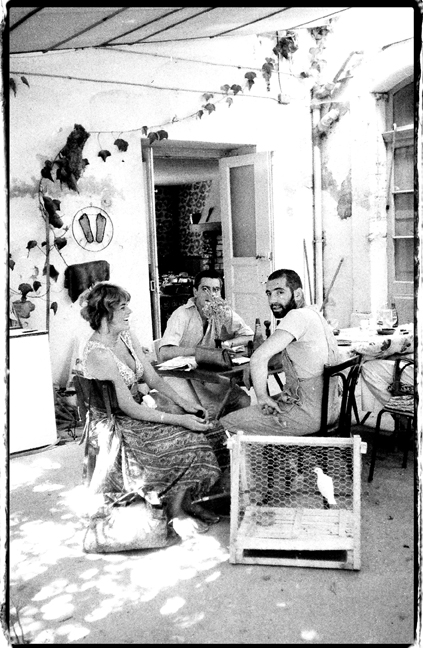 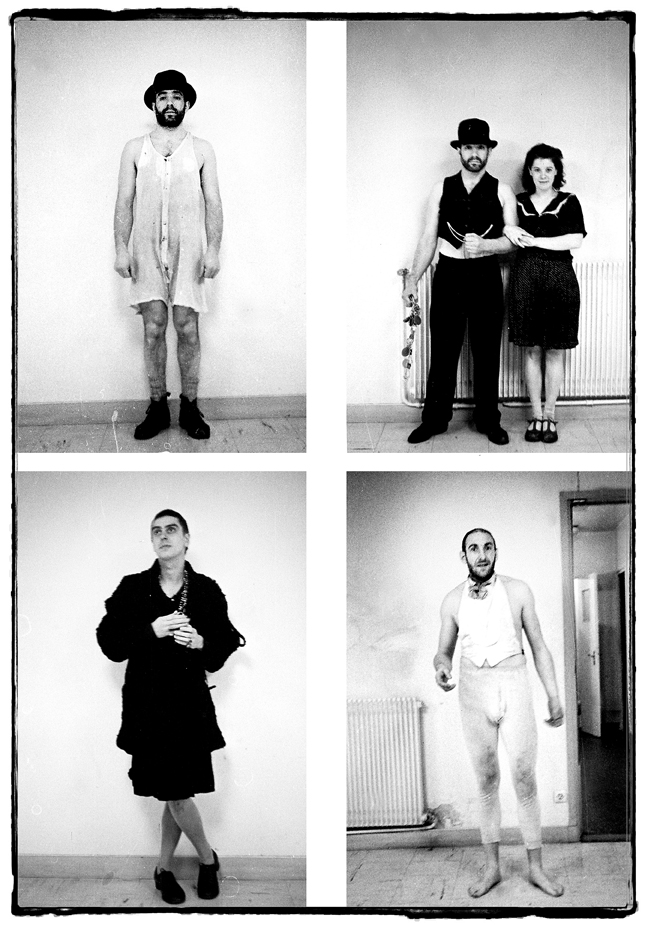 Our stage was made of wood with nails in it. This wouldn’t normally matter but it took its toll on our tender flesh as we went through our improvised ‘punishment’ every night. It’s no surprise then that we took full advantage of every opportunity to visit the local wonders. The Camargue, The Pont du Gard, Orange … Ben was the person to be with, he knew all the best places to go. He had a map and we followed.

We had a new Nazi guard, Peter Jonfield  a proper actor who had studied at E15, who came to join our troop. This is what he has to say: I have never experienced, seen or heard of a piece of theatre more powerful than An Die Musik and certainly never known audiences sit in stunned silence after a show instead of applauding, then slowly and reverently leave the theatre. A hellish piece to perform and a tribute to all concerned. Especially my fellow actors who at no point gave me a moments grief for the ordeals I subjected them to as the Nazi guard. 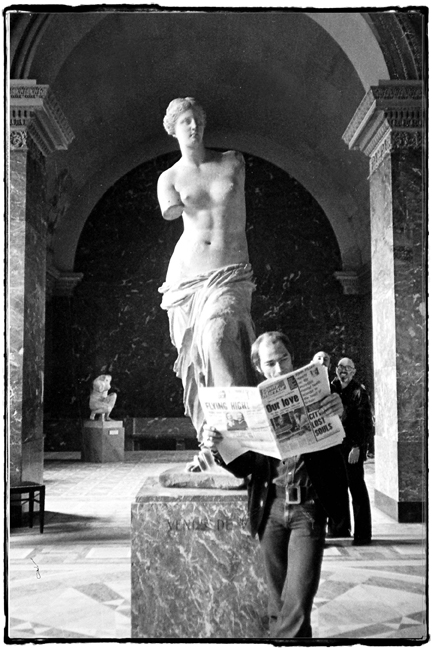 Rehearsals are in progress for the next show, The Dream of a Ridiculous Man, an all singing all dancing show, we had to lighten up…..