The Dream of the Ridiculous Man was based on a short story by Fyodor Dostoevsky. The Ridiculous man is on his way to kill himself and has a chance encounter with a young girl which prompts a life-changing vision of paradise. Roderick was our Ridiculous Man and I the young girl. Try as we might, the scene for paradise eluded us. We were rehearsing at The Factory on the Harrow Rd W9, a day out to Brown Sea Island was planned. 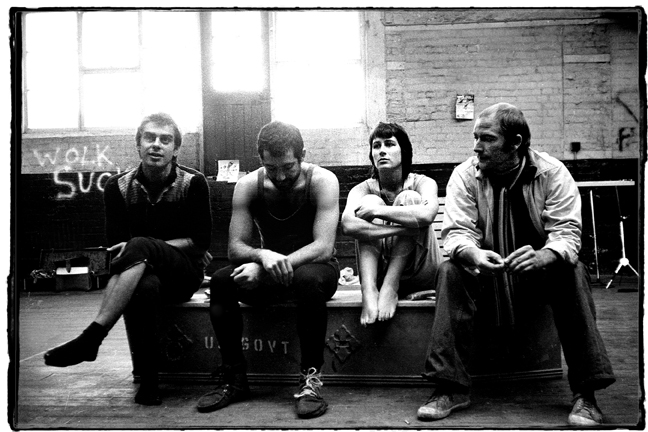 The rules for that day’s impro were to be nice to each other all day long. Food, alcohol and substances were part of the plan and we all brought our offerings for the feast. I baked a cake, Rod cooked a side of pork, Chris brought avocado pears. Ben bought cream cakes and so on. We even dressed up for the occasion. The cream cakes eventually ended up like the classic gag in someones face, probably mine, but it was good to get out of London, not sure we found paradise. 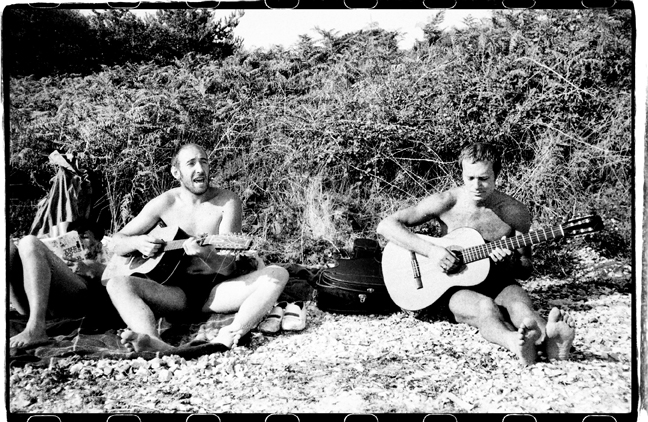 Rod and Ben in paradise 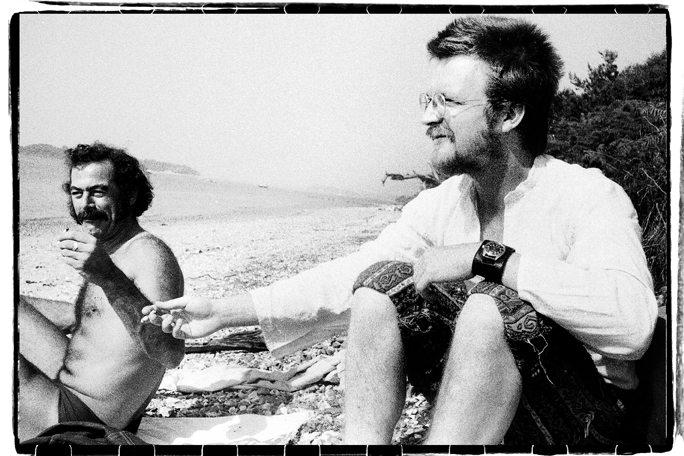 Pip and Chris in paradise 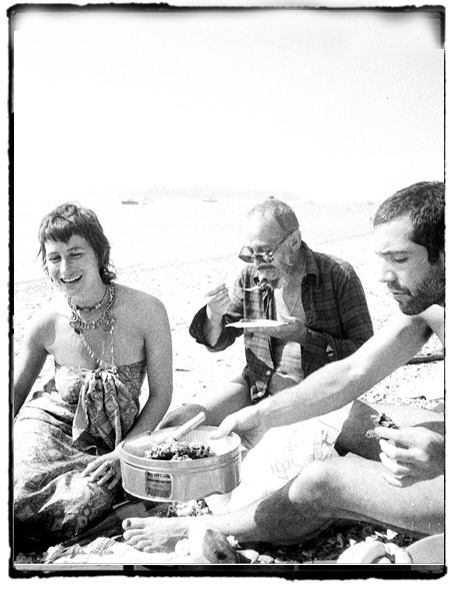 Chris wrote Corruption a rollicking stadium epic about temptation, corruption and damnation.This went down well, we all loved doing it, me and Rowan dressed up in fishnets and hi heels, and taunted Roderic whist Olly strangled a cockerel.The cockerel came in handy for most scenes and travelled with us, his name was Dave. I have progressed to a clarinet and am doing Tune a Day, and Olly the trombone, also doing Tune a Day, we being the beginners are the only ones without musical skills. Roderic is let off because he is the Ridiculous Man. 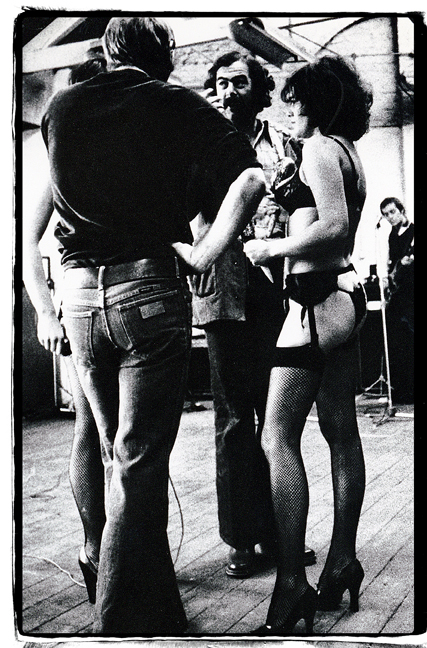 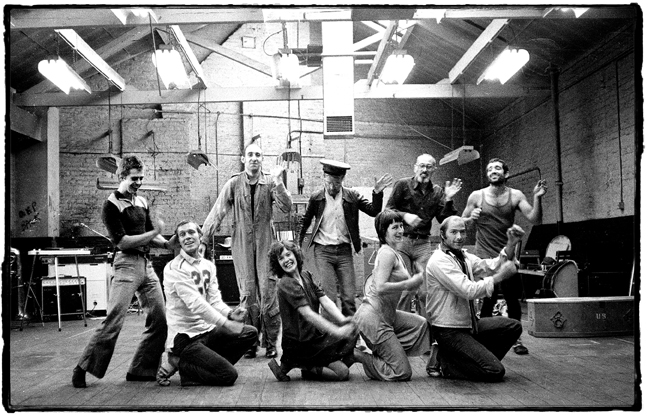 This really was an all singing all dancing show full of props and costumes. Everyone had at leat 3 changes I was in charge of costumes, Rowan props, Peter Oliver in charge of doves and fowl, Rod and Rod the drivers in charge of the van, Emil in charge of his own wardrobe 5ft stilts and a huge cape. We all had a job to do in prep for the long tour planned for Oct 1975 – May 1976 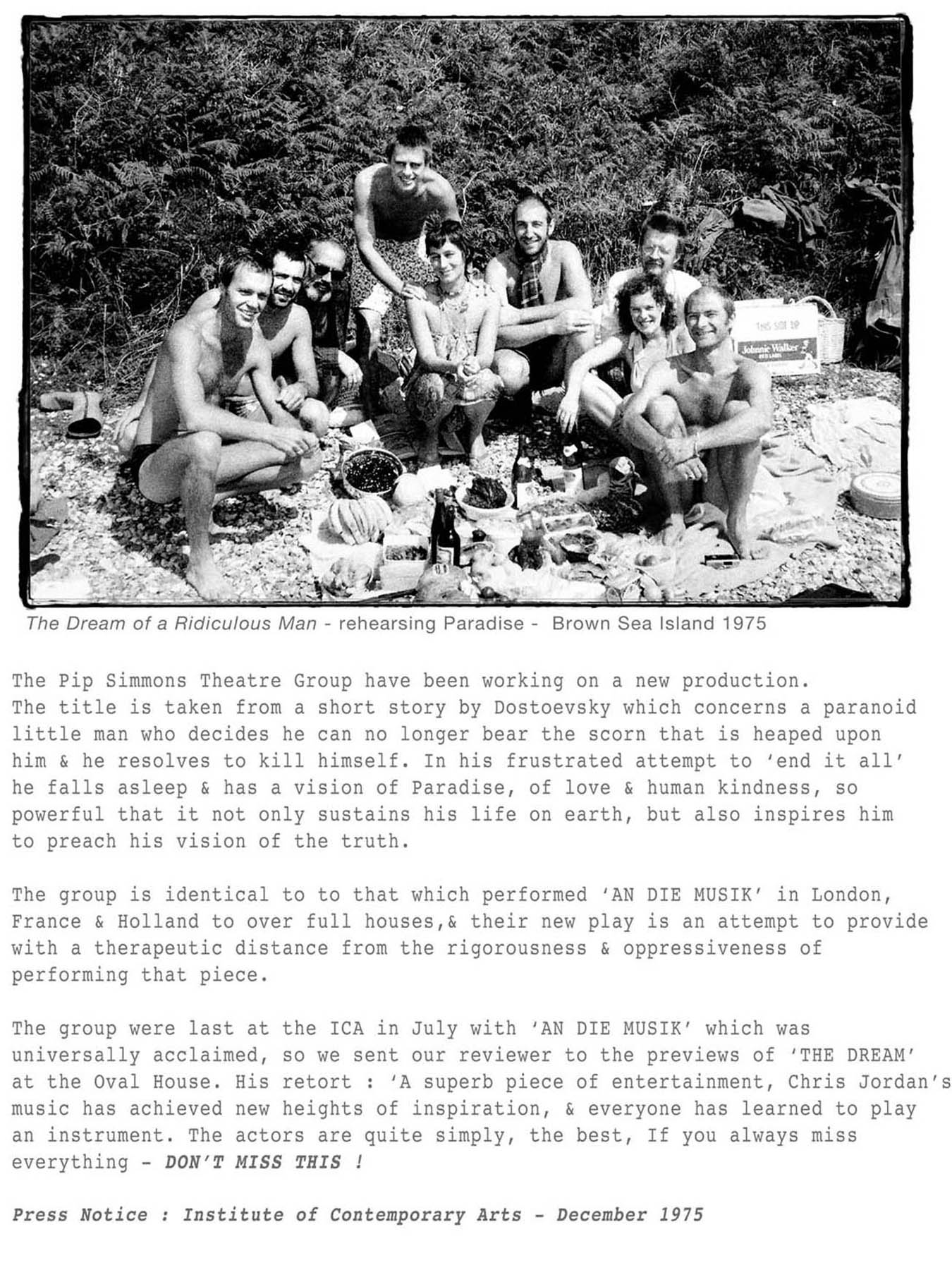