Good versus evil, beauty versus corruption: Oct 75/May 76

Touring begins in earnest. Rod isn’t just Dracula & Roderic isn’t just the Ridiculous Man. Rod & Rod the Transport team is what they are. We are about to embark on a tour starting in the UK, traveling up north playing in the provincial receiving Theatres as we go. We will eventually reach Folkestone and board the Ferry to Dieppe to continue our tour. Rod and Rod will be driving the van for 8 months covering thousands of miles in the UK & Europe. Pip sells his Red Mercedes-Benz 170 convertible for a Volvo. This is just the beginning. 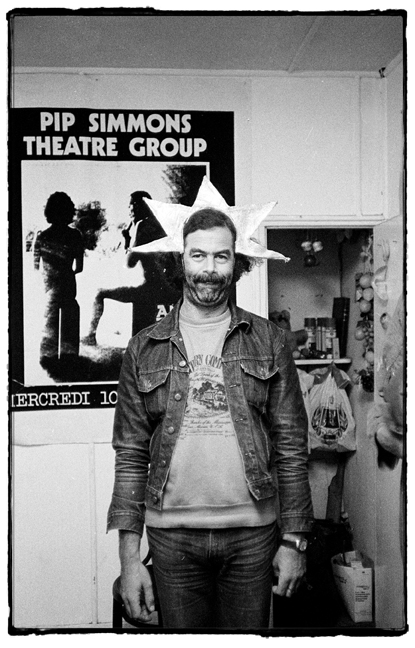 The Dream of the Ridiculous Man is untested, an audience is needed. Chapter Arts Centre in Cardiff, always a very good place to start. Much work to do, the Dream in it’s infancy needing to be kicked in to shape, a 90 minute show with endless props, costume changes loads of music and Emil. Emil with his many circus gifts could not control his cloak, that cloak got stuck in the wings or on something each night. His entrance firing a gun (prop) on his 6 ft stilts as Doc suicide was impressive, but not when he was stuck to the furniture . Much work needed to make this show shape up. An Die Musik can look after itself, this is a tour of both the Dream and An Die Musik, one fun, the other not fun. It can’t have been so bad because looking at Chris Stuart’s review from The Carmarthen Times :

“The Pip Simmons Theatre Group is celebrated for its ability to lift people’s minds out of their earth bound skulls & suspend them tantalisingly within some wholly unique realm of the imagination. Deep down in its soul, The Dream of a Ridiculous Man deals with basic confrontations. Good versus evil, beauty versus corruption, consciousness versus unconsciousness & cruelty versus compassion. Rarely can the process of mental transplantation be so complete & so inescapably riveting as in their latest piece which premiered at the Chapter Arts Centre last night.” 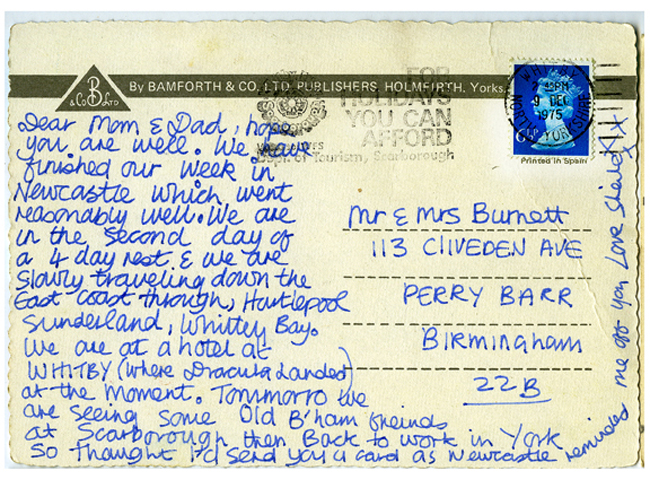 Our tour takes us through Birmingham. An Die Musik is scheduled to play and I’m not quite sure what to tell Mum and Dad, after all, their daughter is on stage, this hasn’t happened in our family before. I visit home for afternoon tea and Mum has baked a coconut cake for the company. I have to tell them that An Die Musik is not what you would call a traditional play. I have to tell them that we all get gassed with no clothes on, its not an easy conversation. Dad says, I’ll go if your Mum goes, and Mum says, I’ll go if your Dad goes. They wisely decided to stay at home, everyone really enjoyed the coconut cake and Mum kept the reviews. I think my brother came, we didn’t talk about it much.