12 Actors in Rotterdam (1975): An Die Musik and Dracula Rehearsals Begin

We are a group of 9 actors, one director, one lighting man & one dramaturg.

Seven of us live in a place that used to be an office and we take it in turns to cook each evening. Five actors live in another place not too far from Central station. When we move in we have no furniture so all our furniture comes from the Theatre’s storage, relics from old productions. Rehearsals start at an old warehouse in Zaargmolendrift down by the canal where we meet every morning at 10.30am and don’t finish until 6pm, every day apart from Saturday & Sunday, no one is EVER late… never. 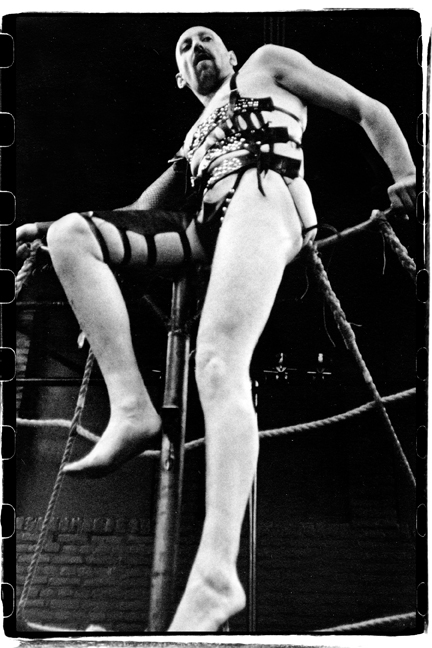 I cut my teeth on Dracula. I learned lots. I learned I couldn’t sing a note but I could scream and howl like a wolf. I could lie in a closed coffin (theatre prop) for a long time and also that I could spurt blood on command (not real, it was a stage concoction of cochineal and glycerine). This proved to be very effective when the crucifix was hammered in to my heart by Dracula. I did a lot of screaming and spurting in this my first show–Dracula. This was not particularly impressive, If it wasn’t for a few kind words from the Mickery photographer Maria Austria, my fate with the Pip Simmons Theatre Group may well have ended here. Acting wasn’t high on the agenda for the next show An Die Musik so I made it through, this proved useful for Peter Oliver and myself, none actors who were finding our way in the deep end. 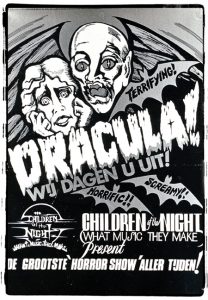 I found the courage to take my clothes off in public, something the entire group were accustomed to doing well before my time. Not easy, not easy at all! An Die Musik was altogether a very different rehearsal period. We needed a Nazi guard, no one wanted to be the Nazi guard. The director chose Fritz to play this role and Fritz made a big fuss. He didn’t want to play it. WHY ME?! Fritz was the only German actor in the company ……. it was obvious to everyone but Fritz who should play the Nazi guard. 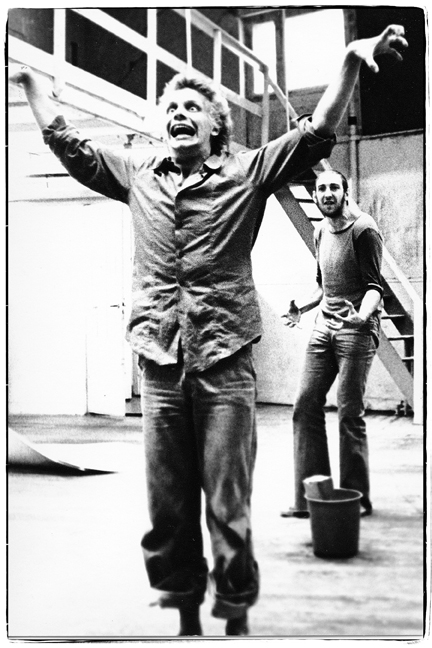 Chris Jordan wrote all the music for every production, he had the patience of a saint teaching people like me to torment the beautiful songs he wrote. He re-wrote Beethoven’s Ode to Joy for 2 tin whistles, an oboe, a tuba, 1 recorder, 1 guitar and 1 violin, me on the triangle and him guiding us all through it on the piano. It sounded great! And became the highlight on stage every night we performed An Die Musik. 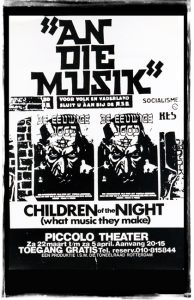 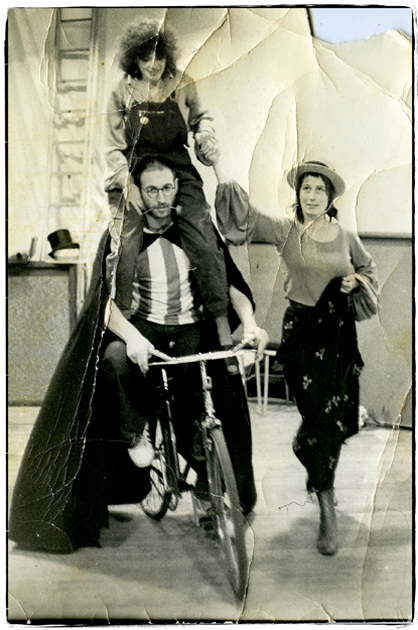 An die Musik had an ending like no other, although I didn’t realise this at the time, this was only my second show. It ended with us playing the funeral march from a Beethoven Piano Sonata sitting on wooden boxes whilst the smoke came to take us away. The director’s note when we rehearsed this last scene for the first time was simple: when you hear the hiss of the smoke machine, walk to the front of the stage, take off your uniforms & fold them neatly, put them on the floor and go back to your place. If you don’t want to do that, thats fine, just walk offstage… no one person knew what the other was going to do. 8 of the 9 actors took off their uniforms, only one walked off and it wasn’t me. 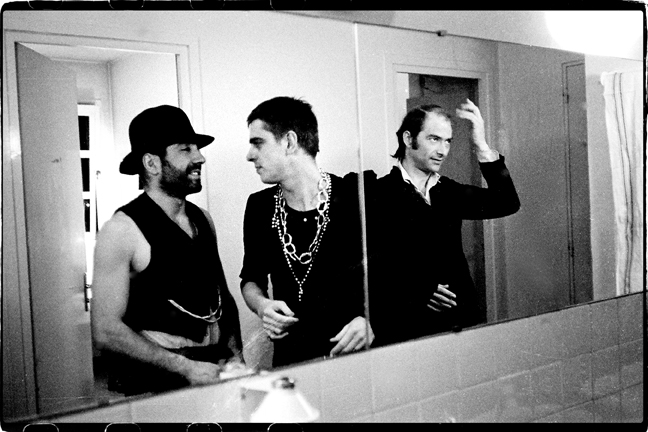 This was a show of few props and few costumes. 8 beer crates, a piano, a bucket, a trapeze, a dove, an assortment of instruments, one Nazi uniform and 8 shabby striped outfits each with a yellow star. 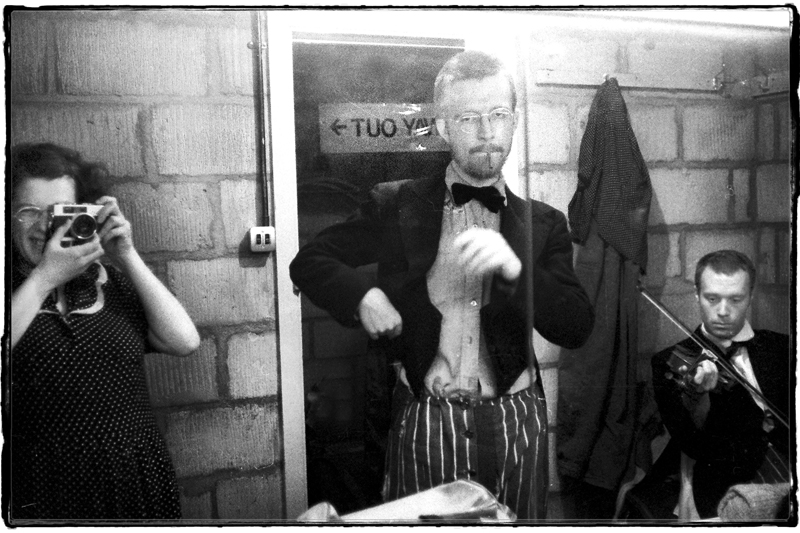